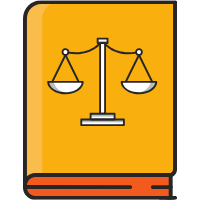 A collision between a car and a large commercial vehicle like a semi-truck or big rig can result in deadly consequences. With the larger size and greater force that large trucks carry with them when moving at fast speeds, the smaller vehicle and its occupants will almost always take the largest blow in an accident. Truck wrecks can also result in devastating multi-vehicle accidents due to the impact that the wreck may have on multiple lanes of traffic.

Not all commercial truck accidents result in the same consequences. How the accident is caused and what happens during the first few moments of the collision will determine how seriously its victims are injured, as well as what actions can be taken legally. If the accident was caused by a trucker who was acting negligently behind the wheel or driving recklessly, for example, you may be able to seek aid from a lawyer.

Here are some of the most common ways that truck accidents occur:

If you've been involved in any of the above truck accidents and feel your collision resulted due to driver error or negligence, it may benefit you to speak to a commercial vehicle wreck attorney.